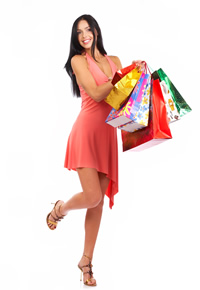 Bobbi Brown discovered her passion for cosmetics during college, where she experimented with doing makeup for her school’s theatre department, college TV programs, and even her own friends. When Bobbi graduated college, she moved to New York to search for freelance work. Her methods were straightforward; oftentimes, she’d simply open the Yellow Pages and cold call fashion magazines and modeling agencies. After seven years of hard work and countless dead ends, Bobbi finally landed her first major job, a spread and cover in Vogue.

While she was hard at work building her career, however, Bobbi also took the life steps many individuals her age choose to take: She married and had children. As a mother of three sons who loved spending time with her family, Bobbi slowly began to realize that the fast-paced fashion industry was no longer the place she wanted to have her career.

But it wasn’t until a chance encounter with a chemist on the set of a photo shoot that Bobbi saw the opportunity for her next step. She spoke with the chemist about her idea for a natural-looking lipstick that actually achieved the difficult-to-find balance between dry and sticky, and to her surprise, the chemist returned to her with samples that Bobbi thought were absolutely perfect. Bobbi pitched the samples to stores around town, and after some successes (including her lipstick being reviewed by a major fashion magazine), Bobbi found that the small business she had started in her home was receiving more attention than ever.

Over time, her business grew. At first, Bobbi found that she still had to continue freelance work in order to make ends meet, but still she continued on with her dream. Her lipsticks evolved into a full cosmetics line, and that line was picked up by a major manufacturer and a world-famous department store. As her business evolved, she came upon several hard times that she says caused her to lose hope, including major manufacturing mishaps and supplier mistakes, but despite all this, she persisted in her efforts, fueled by her passion and her dream.

Today, Bobbi Brown Cosmetics is owned by famed cosmetics company Estee Lauder, and Bobbi Brown is practically a household name. Bobbi herself has appeared on both Oprah and The Today Show, among other programs, and her entrepreneurial venture is hailed as being one of the most successful cosmetics launches in decades.

So what lessons can new entrepreneurs take from Bobbi’s experiences? First, Bobbi has been a model of persistence. Although she certainly had a number of lucky breaks, the majority of her success was fueled by her own hard work and devotion to her cause. She persisted in her efforts in a tough and crowded industry, despite a number of major setbacks. Also, Bobbi was willing to take risks. At the beginning of her venture, she and her husband agreed to invest their life savings of about 5,000 dollars into her budding company, a huge risk for her family. But few entrepreneurial ventures are without risk, and Bobbi was smart enough to recognize this. It is the ability of an entrepreneur to weigh those risks against the benefits and probability of success that set him or her apart from typical career men and women.