You are here: Home / Communication / How Do Cellphones, Facebook, and Personal Email Affect Productivity at Work? 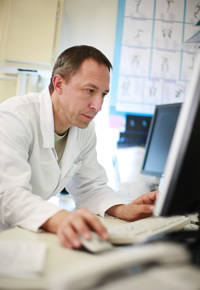 There’s no denying that technology has become an integral part of our lives, and the implications for businesses are numerous. On one hand, cellphones and the internet have revolutionized the way companies across the globe do business, and employees are more accessible (and therefore more productive) than ever before – at least in theory.

The reality, however, is that the majority of companies are experiencing as many of technology’s drawbacks as they are its benefits. One such drawback is the impact of employees’ social networking, private phone use, and personal emailing at work.

But are these technologies really the productivity drain that many in management positions believe them to be, or is that just outdated thinking? According to one relevant study, in most cases, the truer statement is actually the latter.

According to the influential University of Melbourne study with Dr. Brent Coker, not only does internet use at work not result in decreased productivity, but, in fact, employees who accessed Facebook periodically throughout the workday actually showed a 9% increase in productivity. Of course, this was true only as long as the employees kept their internet use to a reasonable amount of time. Specifically, the productivity increase remained consistent only as long as the employees’ social networking consumed less than 20% of their work day, an amount so large that the vast majority of typical employees easily fall within this threshold.

How could this be? Traditional wisdom predicts results completely opposite those of the study, but there are a number of perfectly reasonable explanations.

First, researchers suggested that the periodic and brief use of social networking sites (and arguably one’s cell phone and personal email account) amounts to a mental break of sorts, as these tasks require little to no actual concentration or thought. And, because taking regular breaks has been scientifically proven to improve performance, it stands to reason that technology breaks should have the same result. What’s more, socialization (including socialization via cellphones and social networking sites) has been proven to activate the centers of the brain responsible for long-term memory, learning, and decision-making, which also has the effect of improving performance.

Additionally, researchers speculated that generational differences could have affected the results of study. Although very few people are expert multi-taskers, evidence is mounting to prove that social networking, cellphones, and email have evolved into such an innate part of the younger generation’s routine that multitasking has become second nature. Because they are so completely accustomed to multitasking, the productivity of these younger employees is generally not negatively impacted by text messages or occasional breaks for social networking. 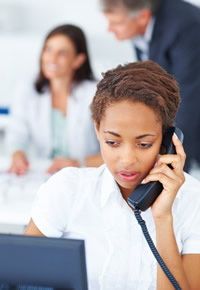 “This can’t be true,” you might be thinking. “I’ve watched my employees waste countless hours on cellphones and the internet, and productivity has suffered as a result.” Your observation may be correct; however, you must realize that there is a very real possibility that technology is not the culprit.

Rather, in many cases, the blame rests squarely on the shoulders of the employees themselves. Some employees are hopelessly unproductive, and, should you choose to enforce group discipline and block social networking sites along with prohibiting cellphones in the workplace, there is a very real chance that these employees will simply find another way to waste company time. Not only that, but website blocking programs are generally easy to circumnavigate for a motivated employee, so website blockers are usually not worth the investment.

Technology did not herald the arrival of the unproductive employee, and your responsible employees will continue to get their work completed satisfactorily, whether or not they’re allowed to access their Facebook, email, and phones at work.

Rather than investing in a site blocking program or prohibiting personal email and phones at work, consider simply addressing the issue with your employees. Coaching your employees on the appropriate use of technology at work tends to be very effective, and it eliminates the extreme resentment that often arises as the result of an employer enforcing a group discipline policy.

Set a limit on technology use at work, and remind your employees regarding how to avoid excessive technology use (by turning off notifications, scheduling email checks for once every three hours, etc.). Explain that you understand and respect the need to take occasional breaks to recharge, but also make it understood that excessive use (as defined specifically by you), if it results in a decline in productivity (also defined by you), will be addressed with disciplinary action.

Although coaching will not be appropriate for every company, it does tend to be effective in a wide range of businesses. If employees continue to waste excessive amounts of time with technology, then there is probably a deeper issue that needs to be addressed. Perhaps their work load is inappropriately large or small, or, perhaps, as much as you might hate to admit it, you misjudged their work ethic during the hiring process.

In any case, technology is an important and incredibly beneficial resource. As long as your employees are mature and responsible enough not to abuse their privileges, occasional use of personal email, cellphones, and social networking sites should not amount to much of a problem at all.