During times of economic uncertainty and hardship, companies often reflexively resort to layoffs and downsizing to quickly cut costs and stay afloat, usually without realizing the very real and potentially high costs of reducing their workforce. Layoffs are useful in some circumstances and a natural part of the business cycle, but they bring their own risks and pitfalls which may not be evident during a downturn.

Laying off employees is a short term fix with long term implications. While downsizing may seem like the quickest and easiest way to save money now, there are many ways a botched layoff process can end up costing the company much more than was saved over time. Cutting staff should be a last resort after a company has exhausted all other opportunities to cut costs.

So, why should layoffs be avoided in the first place?

Laying off large numbers of employees can backfire on a company in a number of ways. The morale of the remaining employees takes a severe hit and their productivity suffers. If they’ll just be laid off in the next round of cuts, what incentive is there to perform well? Some may be motivated to work harder with the hope of saving their job, but the uncertainty that comes with layoffs can be crippling to the workplace environment.

There are also immediate costs associated with layoffs, such as severance pay, potential legal fees, and the departure of employees who don’t want to be stuck on a sinking ship. Companies often lose valuable employees in the wake of mass layoffs; these workers are often highly skilled and difficult and expensive to replace. Once business picks back up (which it inevitably will), companies find themselves at a loss for the specialized employees lost due to layoffs or who left voluntarily, which can seriously hamper competitiveness in the future. 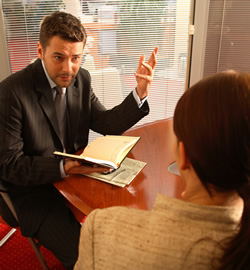 With this in mind, what are some tips for businesses intent on avoiding layoffs?

First and foremost, the management, executives, and owners of the business must be willing to share in the sacrifice they are asking of their employees. Many companies, particularly small businesses, are proud of never having laid off an employee and use this record to attract employees and new hires. In order to maintain this streak, many owners are cutting back on their own salaries and benefits in a measure of solidarity with workers. Employees are much more accepting of cuts to their hours or wages when their superiors are also making concessions.

Reducing the number of hours existing employees work is a step implemented by many companies looking to cut costs while retaining employees. There are a few ways this can be done, each of which should be carefully considered and openly discussed with the employee in question. He or she will, in nine out of ten cases, accept a decrease in hours if the alternative is being laid off. Transparency is key here – as mentioned, uncertainty in the workplace seriously damages morale and productivity.

Laying off a large number of employees may seem like an easy way to reduce costs for a struggling company, but in many ways it will hurt the business in the future.