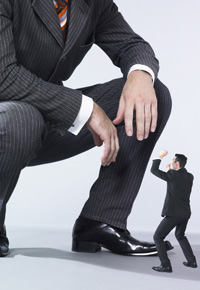 It doesn’t matter what type of company you run, conflicts within your business are quite inevitable. These company conflicts generally fall into two categories. The first is known as interpersonal conflict and is defined as hostility between individual employees on a personal level, which could arise as a result of personality differences, a specific negative incident, or job-related clashes (performance, promotions, etc.).

The second general type of company conflict is classified as departmental, or disagreements between entire departments of your business. These could be based on differences in productivity, goals, or methods, or they could arise as a result of miscommunication.

Both interpersonal and departmental conflicts have the potential to be chronic or short-lived, but whatever the source or nature of the conflict, it is your responsibility as a manager to decide how the conflict is to be addressed. Your options for addressing the issue are numerous, and my list below is by no means exhaustive. In order of most passive to most proactive, here are four common conflict resolution strategies:

First, you could choose not to try to diffuse the situation at all, which is known simply as avoiding. Avoiding the issue altogether is occasionally a legitimate choice, usually when the hostility between parties is so great that a discussion would either worsen or have no effect on the situation. However, avoiding the conflict can sometimes aggravate circumstances and have a negative impact on the productivity of your company. Therefore, a small step further in terms of proactivity is usually necessary. 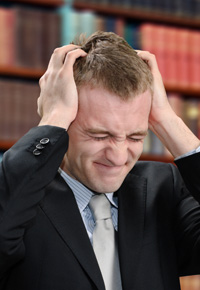 The option for conflict resolution that is ranked one step above avoiding the conflict is known as smoothing. Like avoiding, smoothing is used in situations where resolution seems impossible or where attempts at resolution would only exacerbate the problem; smoothing is very similar to avoiding in that no true attempt at resolution is ever made. However, smoothing is more proactive than avoiding because it at least raises the issue for discussion.

Usually, if you choose to confront the opposing parties using the smoothing technique, you inform the parties that you are aware of the situation but expect productivity and organization to remain intact. This leaves the parties with the choice to either rectify the situation or ignore it, but in either situation, they know that their workplace responsibilities are not to be negatively affected.

The next most proactive approach in office conflict resolution is a unilateral decision. This option is rather basic: As a manager, you learn of the situation and decide on a solution independently. Like the other options, a unilateral decision has both advantages and disadvantages. Its advantages lie in its convenience, because you are able to quickly reach a decision about an effective course of action.

However, this ability to make a quick decision can also be a disadvantage, as you risk reaching hasty or uninformed conclusions. Additionally, a unilateral decision can sometimes spawn resentment in the conflicting parties, as they believe they should have been granted a say in the situation’s resolution. This resentment can create negative consequences for your business, such as disorganization and decreased productivity. Therefore, unilateral decisions are to be made carefully as a conflict resolution strategy. 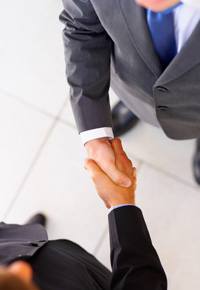 The most proactive conflict resolution option is known as confronting. Confronting involves raising the issue between the parties in disagreement and aiding them in exploring all avenues of information in order to reach an informed and mutually beneficial agreement. The drawbacks of confronting the issue include the amount of time it usually requires to reach an agreement, but confronting is still generally the smartest option for managers who want to resolve conflict. This is because it has the highest potential to produce a long-lasting and highly satisfactory resolution.

All forms of conflict resolution strategy have their advantages and disadvantages, so before approaching the situation, determine what strategy will work best for you, the issue, and the parties involved. Ultimately, you want your strategy to end the disagreement and produce results, results that can help get your company’s organization and productivity back on track.