You are here: Home / Employees / The Art of Effective Reference Checks

Checking references is a fundamental component of the hiring process because soliciting previous employers’ and coworkers’ opinions about your candidate is an extremely effective way to uncover that candidate’s hidden attributes. The information you gain from a reference check can help you determine if the candidate is a good fit for your company; however, if not carried out correctly, reference checks can amount to nothing more than a waste of your time. Follow these tips to ensure your reference checks are productive and informative.

First, complete your reference checks early. This means call the candidate’s previous employers well before you begin the process of making a final decision. Too many employers only check candidates’ references in a perfunctory manner after they have already decided to make an offer, but why waste your time validating a decision that’s already been made?

When reference checks are made only after you’ve already decided (either officially or unofficially) to make the candidate an offer, you risk falling into the trap of a self-fulfilling prophecy, where you place value on only the comments that affirm your position and disregard the ones that oppose it. In the scientific world, this subconscious filtering of ideas is called a confirmatory bias, and it is a very real problem within the typical company’s hiring process. So to avoid the confirmatory bias, instead of using reference checks as the final step, try making them before the interview, or, at the very latest, use them to supplement what you’ve collected during the interview to decide if the candidate is worthy of further consideration. 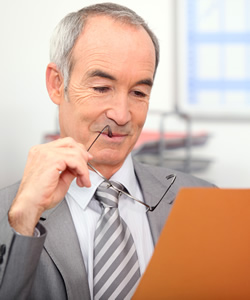 When performing the reference check, try to dig deep (without being pushy). After verifying that the source is actually willing to be a reference, try to ask open-ended questions that can help you find clues as to whether the candidate is going to be successful at your company. Don’t just end the call after verifying relationship to the candidate and obtaining dates of employment (although these are important). Think about it: You’ve already made the call; why not use it to your full advantage? Instead, ask questions that give you precise insight into the candidate’s work ethic, personality, and skill set. Consider using these sample questions to help you get started:

Consider asking the reference to direct you to another person who worked with the candidate. Collecting information from references not hand-picked by the candidate is a great way to get an honest impression. Just keep in mind that you are not trying to disqualify your candidate; you’re trying to verify consistency between how they were represented by their own self-provided information and how they were represented by reference-provided information.

Organized and deliberate reference checks can be incredibly useful in ensuring that you make the right decision in the hiring process. Effective reference checks are more than the cursory, automatic gestures made by many unconcerned companies. Rather, they are considered an important, legitimate step in the hiring process and can be invaluable in providing practical, honest information about a candidate.